This week’s letter, I, took me a bit by surprise in that it proved to be such a toughie. One is prepared to sweat it out with the Qs and the Xs but I?? Yet no character impressive enough came to mind. Then who should come to my rescue but a distinguished old friend – the Bard himself. This week I pick Iago from Shakespeare’s Othello.

Iago is one of the most powerful evil characters of all time. He dominates the play more than Othello himself and gets more stage-space too. Some would even argue he is the protagonist of the play. If that were true, a more vicious, crafty, cruel protagonist you will not find.

If you haven’t read this Shakespearean Tragedy here’s how it goes. Othello and Desdemona elope. Iago is miffed because Othello has promoted another nobleman Cassius to a position that Iago wanted. Along with Roderigo a man who had fancied Desdemona, Iago meets her father to incite him against Othello. However, Othello convinces the Duke that Desdemona had married him out of her own will and since Desdemona confirms this the Duke lets Othello go.

Shortly after, Othello is sent to Cyprus to lead a war against the Turks. Desdemona follows him along with Iago (who Othello considers a trusted deputy) and his wife Emilia. In Cyprus Iago begins to poison Othello’s mind against Cassius, saying he is having and affair with Desdemona.

He ‘arranges’ a brawl that results in Cassius being demoted by Othello. Cassius asks Desdemona to plead his case. When she does Othello’s suspicions grow stronger. Then using Desdemona’s handkerchief (which Iago asks his wife to get) he manages to convince Othello of Desdemona’s unfaithfulness. He also stages a conversation with Cassius that further strengthens Othello’s suspicion. Finally in a fit of jealousy Othello smothers Desdemona with a pillow. Emilia figures out that Iago is the one orchestrating all the events and raises an alarm at which he stabs her. On learning the truth Othello kills himself.

Isn’t that very very dramatic? But then you cannot expect any less from the master dramatist. Did you notice how Iago drives the plot? Here are the top five reasons he’s the ‘baddest’ of the bad.

Till the end of the play it never does become clear what his exact grudge against Othello is. He has no sorry background, no skeletons in his closet that would justify his cruelty or his hatred. He just is Evil. If you’ve read the play you couldn’t have missed the ‘asides’. He loves to brag as he plots and plans. He makes his moves and then stands by and watches the characters fall into his trap, which they do each time, seamlessly. Oh he enjoys being baaad.

He is skilled in the art of deception

Othello never once doubts his intentions and considers him his trusted deputy even while Iago is planning his downfall. He warns Othello of Jealousy while inciting him to be just that –

“O, beware, my lord, of jealousy!
It is the green-eyed monster which doth mock
The meat it feeds on”

Not just Othello, Roderigo and Cassius too are taken in by his smooth talk.

Iago is a master manipulator

Oh yes he’s a crafty one. Each move the characters make, each decision they take is orchestrated by him. Sample this: He arranges a brawl with Cassio, makes sure Othello sees him and fires him. Iago gives Cassio the idea of taking  Desdemona’s help in getting his job back. He then plants suspicion in Othello’s mind regarding the two, warning him to look out for signs like Desdemona urging him to reinstate Cassio. She does just that and the result is exactly what Iago has planned. Oooofff! Impressive or what!

He systematically feeds his hatred for Othello

His dislike for Othello starts with Cassius being promoted to a position he desires. He then goes on to find reasons to dislike Othello. He hears a rumour that Othello has seduced his wife. He doesn’t fully believe it yet chooses to do so.

He is driven by all possible evil reasons

Most people have one single driving force that propels them towards evil. Not so Iago. He is driven by power, position, money, jealousy. Everything that’s evil prompts him on.

Who is your favourite villain? Who is the bad man you love to hate most?

Linking up to ABC Wednesday where we’re doing posts on the letter ‘I’. Hop across for some Interesting posts. 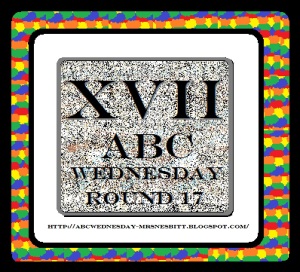