Some of my favourite childhood buddies lived up among the dense branches of a tree that went Wisha Wisha Wisha. Silky, Moonface, the Saucepanman and Dame Washalot. Eager to have the kids befriend them too I picked up this book at the Landmark store. 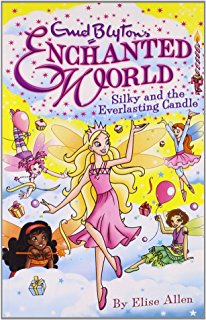 Once I brought it home, however, I realised it wasn’t an Enid Blyton at all. It was written by Elise Allen.

I have to add here that I looked up Elise Allen and she’s done some pretty good work – she’s the lady behind shows like the Dinosaur Train and Sid the Science Kid (Strongly recommend the Dinosaur Train if you have a dino-loving kid) and many more works that the children have enjoyed. So why should she do an Enid Blyton take off and why oh why should the book be packaged like an original?

Then again I stumbled upon David Walliams. Not only are the covers of his books replicas of Roald Dahl’s, he also has the same illustrator, Quentin Blake. He is a self-confessed Dahl fan and his writing style is quite the same too. He has the same mean-adult-pitted-against-the-child formula and has perfected Dahl’s craziness to a tee. 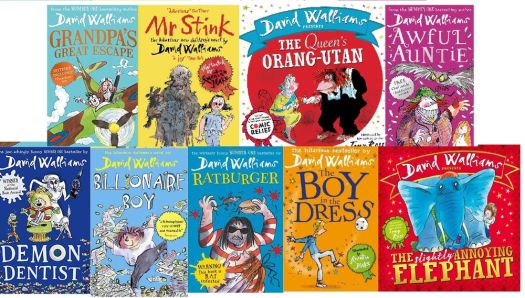 I have to admit I actually liked The Boy in the Dress (it beautifully challenged stereotypes and I recommend it for all 10-year-olds, specially boyish boys) but a lot of the others, Demon Dentist and Mr Stink for instance, are just too much like Dahl, minus his finesse, or so I thought. It might just be my bias speaking of course because each time I see his books my head screams ‘IMPERSONATOR’. The kids love him, though – the proof is in the fact that his books have made him into a gazillionire.

Sample this quote from one of his interviews:

“I had absolutely no hesitation in stealing this idea for my new children’s novel, Mr Stink, when introducing my characters. Nor was that the only thing I stole. I also stole Quentin Blake to illustrate my writing.”

He was nominated for the Dahl Funny Book Award and is hailed as the new Roald Dahl but the thing is why do we need a new one?

Then I chanced upon my niece reading a young adult fiction series by Kiera Cass – The Selection Series. Never one to be able to resist a book I picked it up only to find it was Hunger Games with a twist. A repressed majority, a strict caste system (like the districts in Hunger Games) and a bunch of girls drawn from the varied sections coming together at the King’s palace to vie for the Prince.

She loved it, though. She had the entire series on her bookshelf. And I’m not sure she’d like Hunger Games as much because this one pandered to her every adolescent girly instinct. Which just doesn’t seem fair to me. Not that it matters, since I am not exactly their target market.

I’d love to know your thoughts. Am I the only one stewing in annoyance? Is this set to be a trend that’s going to be loved and accepted just like remixed music or remade films?

17 Replies to “What’s the deal with Walliams, Allen and the like?”