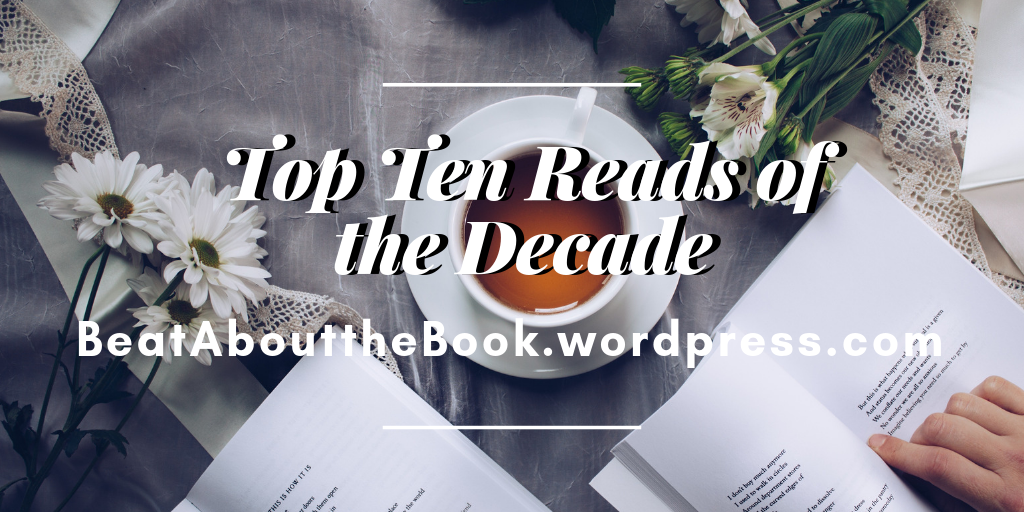 Here’s a list of my top ten favourite reads over the past ten years – one for each year. Although I tried, really really tried to pick just one, but it proved too tough a task. And so I allowed myself to choose more than one. When it comes to books, decision making isn’t a big thing with me. These are ten, sorry twelve books that shall remain on my re-read list forever.

2010 Room by Emma Donoghue
This one was a shocking yet touching read.

2011 Miss Peregrine’s Home for Peculiar Children by Ransom Riggs
This was also the year of release of Dance of Dragons by George RR Martin as also Fifty Shades of Grey – Just saying!

2012 Wonder by RJ Palacio and Em and the Big Hoom by Jerry Pinto
If you haven’t read any of these two your reading life is incomplete. And if you’ve read any one, I give you my word, the other one is just as fantastic.

2013 The Rosie Project by Graeme Simsion.
My nephew, who’s a bit of Don Tillman (The Rosie Project protagonist) himself, tells me there’s a part two and three too and I wholly intend to get to them.

2014 Big Little Lies by Liane Moriarty
I struggled to pick this one weighing it against Everything I Never Told You by Celeste Ng but then it won for it’s fabulous mommy-bonding along with a murder mystery that kept me guessing right up to the end. The way it highlighted domestic violence and how women perceive it blew my mind.
PS: The HBO series might also have had something to do with my pick.

2015 A Man Called Ove by Fredrik Backman and Simon vs. the Homo Sapiens Agenda by Becky Albertelli
Another tough decision here and I kept them both on my list because they’re so very different and so wonderful in their own space. There’s a third that I wanted to add – The Girl with Seven Names: A North Korean Defector’s Story by Lee Hyeon-seo. But I resisted. See, I can do it when I put my mind to it.

2016 Salt to the Sea by Ruta Sepetys
A WWII book that deserves to be read. Incidentally JK Rowling’s The Cursed Child also released this year.

2017 Eleanor Oliphant is Completely Fine by Gail Honeyman
Eleanor taught me that ‘Being Fine’ was never enough. Do read it, if you haven’t already.

2018 Becoming by Michelle Obama
Lots has been said/written about this one and nope, it isn’t one bit overrated. This one should be right up there on your TBR list.

2019 Forest of Enchantments by Chitra Banerjee Divakaruni
I realised I had barely read any of the new releases this year. And so my choice was rather limited. Though not quite perfect, this remains my pick for 2019.

Which of these have you read?
Which have you loved and which do you think are overrated?
Did I leave out any of your favourites?

Editing to add a disclaimer: I realised the title may be a little misleading, hence the clarification. These aren’t necessarily the best books of the decade. They are however favourtites from among the ones I read that released that particular year. I hope I’m making sense here.

Do join in this linky for book-lovers – Top Ten Tuesday, hosted by The Artsy Reader Girl. She has some super interesting book-related prompts each week. Drop by here for the rules and a list of topics for the forthcoming Tuesdays.

The prompt for this week, as you might have guessed was Favorite Books Released In the Last Ten Years thought up by Anne who blogs at Head Full of Books.

37 Replies to “Top Ten Reads of the Decade #TopTenTuesday”