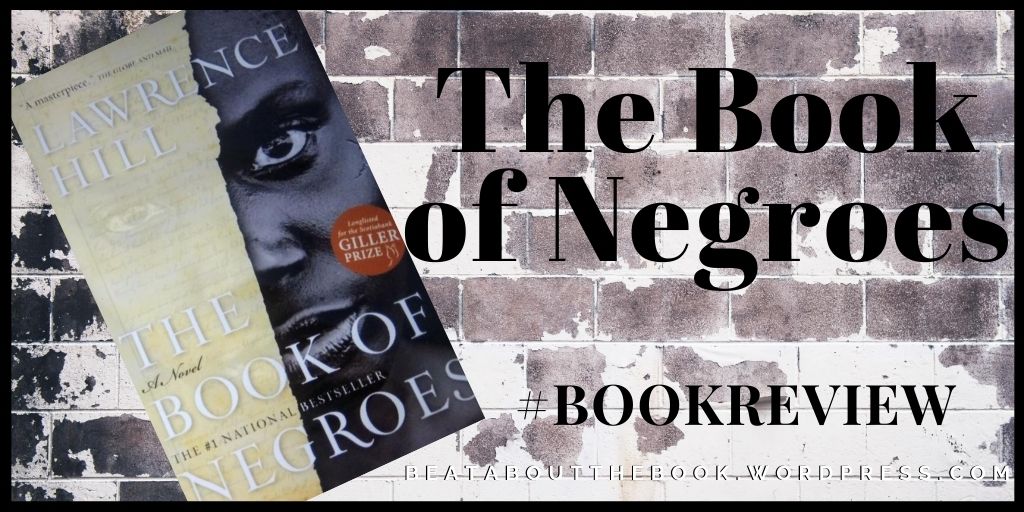 After a bit of break, I’m back to reading African American history.

Most of us have a vague idea of how scores of Africans were sold in European and American markets. We are familiar with slavery through books like Uncle Tom’s Cabin or, in a more glorified form, in Gone with the Wind. We read these books, ‘It was terrible’, we say, we shake our heads and then we get on with life.

It’s not until a book like The Book of Negroes comes along, that the horror of it all sinks in. In its entirety. It’s then that we truly begin to understand, just a little bit, what it would have been like.

For that, this book, is a must read.

Set in the 18th-19th century, we hear the story in flashback through Aminata Diallo, daughter of a talented midwife and a jeweller.

While on her way home from a neighbouring village, 11-year-old Aminata is kidnapped. Then on begins a long and arduous journey for her. Along with a group of other village folk, she is yoked by the neck and made to walk.

Aminata befriends a young boy Chekura who is helping the kidnappers. He is sympathetic towards her, bringing her food and water.

After months of walking, goaded along with whip-lashes from their captors they reach the sea. They are then loaded onto ships that sail to Carolina. Ironically, Chekura is also put in along with other Africans, becoming a prisoner himself.

Aminata survives the harrowing ship voyage as also a slave rebellion and lands on the shores of Carolina. She is sold off to Appleby, a ranch owner. She’s a smart young girl, quick to pick up skills, eager to learn new ways and new languages. She has picked up midwifery from her mother and that renders her invaluable.

However, not her intellect, nor any of her skills can protect her from her fate as a slave. She’s beaten and raped and separated from her husband; her child sold off. She moves from Carolina to Nova Scotia and she survives, as does her dream of going back to her village in Africa.

What I thought of it

The Book of Negroes lays bare the cruel practice of Slavery in all detail. It talks about how people from Africa were kidnapped, coerced, shipped, treated worse than animals and bought and sold across America.

The writing is lucid and flows easily. It’s simple and it kept me turning the pages. It is the story that remains the hero of the book. Aminata’s journey is execptional and yet hundreds of millions of blacks faced the same fate, cheated over and over again of their right to exist as humans. Despite its heart-breaking subject, the book manages to maintain an underlying upbeat spirit, perhaps due to it’s protagonist.

Aminata’s character embues the book with optimism, rendering it readable

Right from the beginning it is clear that Aminata is a gifted child. She grows up to be smart and intelligent. Her skill at mid-wifery, her mother’s gift to her, and then later, the gift of education put her in a league above the other black people. It ensures for her, a better life than most others. Which is why the book doesn’t turn into a weep-fest. It did however make me wonder how much worse it would have been for the vast majority of other slaves who were illiterate, uneducated and barely skilled. Would they have had any bright spots in their lives at all? That was a frightening thought.

We often make the mistake of clubbing the entire African continent as one entity. The book brought home its diversity. It was good to be reminded that there were multiple tribes with multiple languages, dialects and religions. Not every slave could even understand what another one was saying. Also, it was Africans who were capturing other Africans. So to think that all of them were victims would be wrong.

In the end the book is about humanity

On the surface of it, this is a story of the white man against the black, and yet in the end it is about respecting another human, no matter his race or colour. Also, to lay the blame solely at the door of Europeans or Americans would be wrong. Almost every race, at some point, has people trying to prove their supremacy and to undermine others for power or money. Like I pointed out earlier, a lot of Africans were involved in the slave trade too. Closer home in India, the caste system was just a variation of slavery as were practices like bonded labour. None of us are truly exempt from blame.

The book is a reminder that every human deserves to be respected.

Last thought: Read this for a glimpse of African history.

10 Replies to “The Book of Negroes #BookReview”