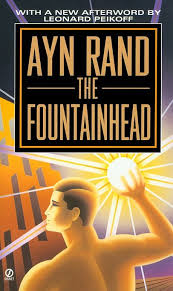 When I first read this book in college the heroine puzzled me no end. She was rich, beautiful and smart, strong and powerful and very idealistic. Yet her character seemed skewed and motivated by something I couldn’t quite understand. Why would a woman love a man yet work against him? Why would she go ahead and marry his arch rival? Why would she actively campaign for this husband whom she despises? Why would she take the extreme step of sleeping with another man to bag a project for this husband?

Dominique Francon, the female protagonist of Ayn Rand’s Fountainhead made no sense. Brought up on a staple of relatively straightforward romances, I didn’t quite take to her.

When I re-read the book a few years later I looked at her differently and I swung over to the other side, completely wowed by her, amazed by the way her thought process functioned. Now, many years later, I’m doing a rethink yet again and I cannot decide what I think of her. One thing’s for sure she is one of the most intriguing characters I’ve come across.

Just like its heroine, Fountainhead remains a book to be loved or hated even today over 70 years since it was first published. It needs to be read and re-read.

On the face of it Dominique appears a vacuous socialite who seems to do strange, even vicious things, simply for her entertainment. Her mind seems to work in perverse ways. However, she begins to make sense. She shuns, even destroys, all that she truly loves because she cannot see it destroyed by the world, which she is certain would happen sooner rather than later. That’s what she does, or tries to do, with Howard Roark, the protagonist (he is an architect who refuses to compromise his creativity). Dominique puts in all she has to end his career, to kill his spirit, to rid him of his principles. Yet, she wants to fail, desperately so, because that would be a victory of all that was good against all odds. Convoluted? Huh?

What I like most about Dominique is that she allows no one to make up her mind for her. She’s a stubborn woman but she isn’t blinded by it. To be able to observe and evaluate happenings around you in a balanced manner and to change your worldview based on it – how many people are capable of that? As she watches people who she despises, fail, she begins to believe that good does triumph over evil. I loved that bit of positivity at the end, the happily ever after, that comes to her life.

She was panned by critics as anti-feminist but I think she was quite her own woman. What do you think of her? Who are your favourite female characters? I’d love it if you share.

With thanks to ABC Wednesday , the fun alphabetical weekly challenge. 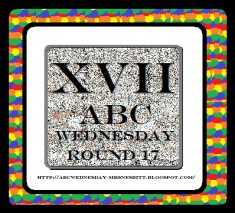