There once was a little boy who had a favourite teddy bear. He named him after a real-life black bear he’d seen in a zoo and went on to add a surname borrowed from a swan. He spent many happy hours of play with the bear and a bunch of other stuffed toys.

Although he lived in London his vacations were spent in a holiday home some 50 kms away. The home overlooked a forest called the Five Hundred Acre Wood. This boy called Christopher Robin Milne became the inspiration for his father who wove a story around him and his bear friend including his other toys as well. He set it in an imaginary forest called the Hundred Acre Wood.

No clues for guessing the name of the bear. It’s the  delightfully loveable if somewhat unintelligent – Winnie the Pooh who was brought to life by by AA Milne. 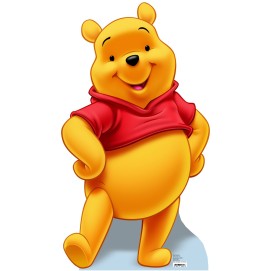 The boy was Milne’s son and the other characters –  Piglet, Tigger, Eyore, Kanga and Roo were all his toys. The only ones that Milne made up were Owl and Rabbit.

What makes Pooh as much a favourite with adults as the kids is the fact that he isn’t exceptional in any way (except perhaps that he’s yellow in colour and wears a red tee that barely covers his belly). And yet there’s something more – he has this amazing ability for friendship and a naive charm in the way spells out perfect life philosophies, inadvertently of course.  Above all he has his priorities right – a pot of honey and a friend by his side – and his life is sorted.

Here are some quotes that make me enjoy his stories

This one is just so ‘Pooh’

“When you wake up in the morning, Pooh,” said Piglet at last, “what’s the first thing you say to yourself?”
“What’s for breakfast?” said Pooh. “What do you say, Piglet?”
“I say, I wonder what’s going to happen exciting today?” said Piglet.
Pooh nodded thoughtfully. “It’s the same thing,” he said.”

This one on being different

On valuing an individual

“Weeds are flowers too once you get to know them.”

PS: Have you ever played a game of Poohsticks?

Linking up to ABC Wednesday for the letter W, with grateful thanks to Mrs Nesbitt who get’s me writing every week. 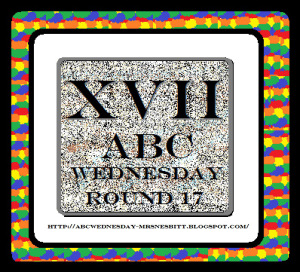