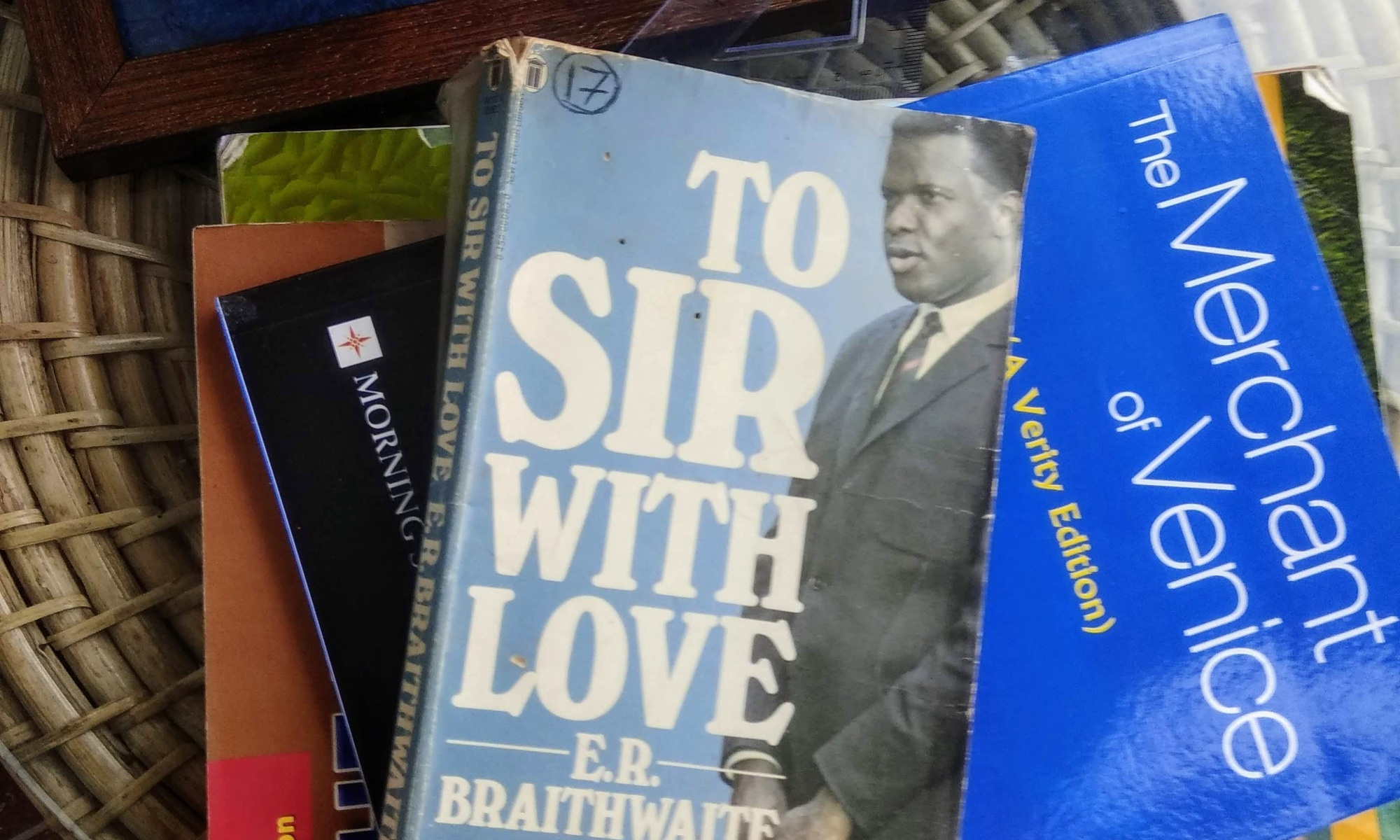 A group of young adults, girls and boys, from London’s East End (an area known for abject poverty and all the problems that come along with it) go to a small school – The Greenslade Secondary School. The teachers – most of them women, have grown up from among them. The men the kids see around them – fathers, brothers, uncles and neighbours – are scruffy and untidy. They dress in shabby ill-fitting clothes, barely bother to brush or bathe and are hardly conscious of basic hygiene let alone the aesthetics of their appearance.

Then one day, in walks a teacher and I quote, “his clothes are well-cut, pressed and neat, clean shoes, shaved, teeth sparkling, tie and handkerchief matching as if he’s stepped out of a ruddy bandbox. He’s big and broad and handsome“. Chances are he will be laughed right out of the school as a complete misfit. But this one sticks.

Rick Braithwaite, my character for today is from ER Braithwaite’s, part autobiographical book To Sir With Love. An engineer and an ex RAF aircrew, he joins the school because he cannot find any other employment largely due to him being black. He is faced with a group of completely unmotivated, semi literate pupils interested in everything but studying. Their attitudes range from indifference and defiance to hostility. He struggles through prejudices, his own as well as his students’ and years of deeply ingrained attitudes and habits. His firm belief in his students’ capabilities and their innate goodness sees them rise above themselves. He wins over not just their respect, love and trust but also that of their families. It’s one of the warmest feel-good books I’ve read. If you’re a teacher or a parent here’s an ideal you might like to adopt.

It’s hard to enumerate why I love this character

He is sensitive and intelligent and smart. He embodies all that is honest and wholesome. He wins over the reader completely so that you celebrate his victories and feel his pain when his students fail him, which they do many times over.

I love him for the trust he places in his students. I love the way he extends himself to things way beyond academics. He teaches the students to dress, to talk and to appreciate basic human values. He introduces them to Shakespeare. He takes them on trips to the museum and the opera. Sceptics predict chaos but the children do him proud. He sets high standards for himself and expects the same from his students.

And he’s passionate. His  impassioned outbursts at the students are possibly my favourite parts of the book. I could have fallen in love with him as did the students.

Yes, yes I hear you – he seems too good to be true. The character is, say critics, too simplistic and a bit vain, his victories too easy. But for one moment banish that cynic in you and you’ll love him just as I do.

A note on Braithwaite’s take on racism

The first time I read this book I would have been barely in my teens. Shielded, as I was, from much of the world, I was barely aware of the severe racism rampant in the UK back then and it pretty much didn’t register even when I read the book multiple times. Perhaps I was  too focussed on the story or too young to understand the full extent of its horror.

Re-reading it now I find it more than just the story of a wonderful teacher, which it is. Interwoven along with it, are glimpses of the life of a black man and the racism he has to face. Braithwaite isn’t exempt despite having fought in the war as a member of the RAF (Royal Air Force). He talks of his shock and disappointment at being discriminated against. He fails to find a job, a lady refuses to sit next to him in the bus and later when he’s out with his (almost) girlfriend, Gillian, he’s insulted by a waiter in a restaurant.

Racism in America versus racism Britain

Another interesting bit was where he talks of racism in America versus racism Britain. In America, he says, it is much more open, hence can be opposed. Also, each incident is followed by positive change. In Britain, on the other hand, people barely acknowledge its presence. In fact they might even look down upon the Americans for how open and rampant racism is. And yet it thrives in Britain — silently, in a passive aggressive way, making it harder to fight against. In fact as a white person you may not even be aware of its existence. A conversation between Gillian and him goes like this:

‘Didn’t you know that such things happened?’
‘Not Really. I have heard and read about it in a vague sort of way, but I had never imagined it happening to me.’

So that’s one more reason you must pick up this book if you haven’t read it already.

Don’t forget to drop by next week for yet another fascinating character. It’s a boy this time – a teenager – a very very different teen who’s out on an investigative trail. And do share your favourites. It’s no fun if I do all the talking :-).

Linking up to ABC Wednesday , the fun alphabetical weekly challenge.